Father/Daughter Americana duo Dave & Emma Hart released their debut record Hold On in late 2013. Reaching near the top 100 on the AMA (Americana Music Association) charts, the record received rave reviews from Bluegrass Unlimited, The Aquarian and others. Mike Greenblatt at The Aquarian wrote, “The six tracks of Hold On—the sweet self-released debut of Dave & Emma Hart—slide down like a summer salad and feels so good in doing so. I’m already looking forward to their full-length debut, as everyone I’ve played this thing for, from fans of pop to fans of folk, has loved it.” Hold On was produced by Emma’s fiddle idol Jim Van Cleve, and features a line-up of Nashville heavyweights including Bryan Sutton, Byron House, Kenny Malone and Jeff Taylor. During the sessions Byron House commented how much it reminded of him of tracking the Nickel Creek records, with was perfectly fine with Dave and Emma, whose blend of bluegrass and Americana is heavily influenced by artists like Nickel Creek, Sarah Jarosz and Crooked Still. In 2016 they released a cover single of Chris Isaak’s Wicked Game, and their sophomore LP record is on schedule to release in Spring 2018.

Dave and Emma began their musical partnership early on, when Emma was 4. As an award-winning commercial composer and guitarist, Dave was naturally thrilled when his 3-year-old expressed an interest in the violin. Beginning her training with the classical Suzuki method, Emma soon discovered bluegrass, so it didn’t take long before dad and daughter were ripping fiddle tunes for enthusiastic audiences, and Emma was piling up fiddle competition ribbons. Bluegrass legend Tim O’Brien heard Emma when she was 11 and proclaimed, “she’s one of us”. Emma was awarded the Berklee Mark O’Connor Scholarship and the Grey Fox Bill Vernon Memorial Scholarship before she went on to study jazz performance at McGill University. Now 23, Emma resides in Asheville, NC. Dave continues to record and produce records at his Stamford, CT studio.

Check Out Our Latest Video 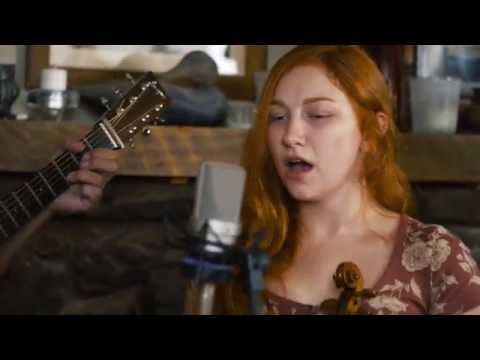 No gigs are currently scheduled.